"...behind every Mother Theresa, every Romeo, every Mandela, there are Millions of people who are living their lives in love and heroism." (Desmond Tutu, ehemaliger anglikanischer Erzbischof von Kapstadt)

Our Partners in Africa

We have worked together with local partners in Tanzania right from the beginning. The reason: the knowledge of the exact needs, the know-how for the implementation and the knowledge of the local peculiarities is best provided by the local well-trained experts. Our partners have taken the initiative themselves to bring about positive changes in their society. We cooperate with the Catholic Archdiocese of Arusha/Tanzania from the beginning. Our core project with the church is the Canaan-Children-Centre for HIV-positive orphans, which we built in 2013. We also support the treatment of disabled children in the Monduli Centre run by the church. 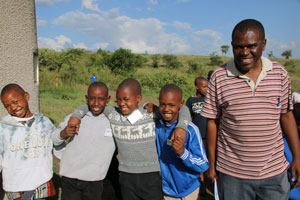 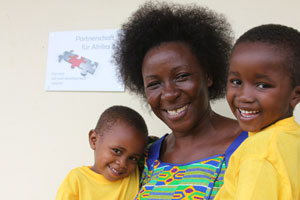 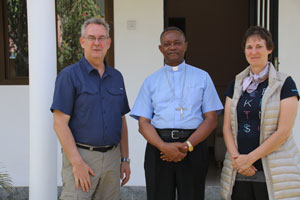 Dr. Alex Lengeju (left) and his wife Caritas (centre) run the Canaan Centre, which was established in collaboration with the Church (right: Archbishop Isaac Amani, Archbishop of Arusha).

The Living Water Children Centre was founded in 2002 as a small orphanage by the Tanzanian family Kimaro. Since 2005 we have been supporting the expansion of the orphanage and the associated schools.  More than 700 children attend the Yakini primary school, most of them stay in the boarding school during the whole school year. Among them more than 100 orphans go to the primary school.  Usually, children pay school fees, from which the attendance of orphans is financed on a sustainable basis. In 2017, together with the LWCC, we completed the construction of Yakini Secondary School, which will allow for graduation with a university entrance qualification. In 2018, we launched the LWCC Farm Project, which now provides food for schoolchildren and orphans. In 2019, we completed the construction of a new orphanage with the LWCC, which will provide space for 100 new orphans who will later on also go to Yakini schools. 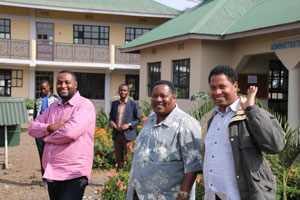 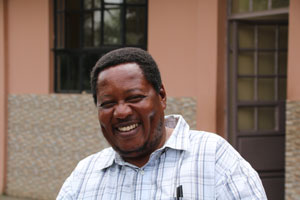 The founding family of the Living Water Children Centre, Anza Amen Kimaro with his two eldest sons Walter and David, who are now involved in the management of the LWCC together with their brother Christian.

The organisation TRMEGA was founded in 2010 by the former AAIDRO Director Helen Nguya, who enjoys international recognition for her work on poverty alleviation. TRMEGA is our partner for the MVC programme for children at risk, which we support from A to Z (school, education, job, studies). With TRMEGA we conduct business trainings for young people looking for a job and provide start-up capital for small businesses. We also train HIV-positive mothers who live in poverty to earn their own living. 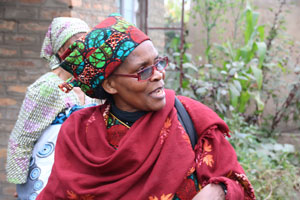 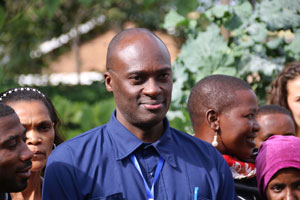 Helen Nguya (left), founder of the organisation TRMEGA, is the head of a team working for the programme for children at risk, for the promotion of students and training. Gerald Ngaiza is social worker and program coordinator at the same time.

We use cookies on our website. Some of them are essential for the operation of the site, while others help us to improve this site and the user experience (tracking cookies). You can decide for yourself whether you want to allow cookies or not. Please note that if you reject them, you may not be able to use all the functionalities of the site.